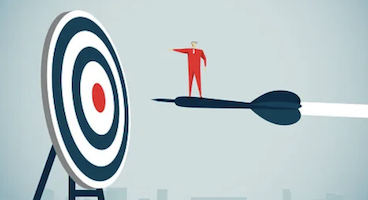 Last night we came to terms with the fact that our new network, brtv, could not make it totally on its own and needed to regroup. I wanted to take a minute to update everyone and let you know where we are at.

Out goal to become a completely independent website for pipe and cigar smokers has not changed. We are committed to putting ourselves in a position to not only provide you with that content, but to preserve it for enthusiasts in the future. Being free from the whims of other people and other websites and platforms.

I keep an image on the Desktop of my computer, It’s about self-discipline. It reads in part:

That graphic keeps me focused. Sometimes when I’m watching YTPC videos instead of working I see that and it reminds me to get back to work. It may also make me overdo it, like still being up at four O’Clock in the morning writing. Especially when my wife has had enough of me in the last month, spending all of my time on this.

Whether or not it’s obvious, we have been transparent with everything. If anyone would take the time to read what I have written they would acknowledge it. This is going to be an attempt to explain where we currently are at.

Take Responsibility For Your Actions and Your Results

When brtv was in its planning stages we approached the host company and asked what we would need with respect to a server. We gave them the data from a study we did. It had the number of minutes of video we wanted to upload per week, the number of videos we wanted to store on the server long term, and the number of expected viewers. They gave me a ballpark of where to start and I developed a budget.

That budget was based on not being able to sell any advertising for a few months and me carrying the network until we could. Eventually to cut back on the personal exposure over the next six months when we would evaluate what was possible. We knew if it was popular we would have to upgrade at that point, but we would also be able to increase the size of the network and include new shows.

The decision to start with the equipment we did was mine. The approval of the site’s design and capabilities was also mine.

One of the biggest goals was to be independent. Separate from platforms like YouTube. The people developing the site told me it would be so much easier to use another website like YouTube or Veimo to store the videos and then to just link to them. I said that defeats the entire purpose. If they decide to remove tobacco content we need to have saved it on our own server and preserve it.

That is still our goal

As the network was taking its first steps we experienced several problems. The biggest, by far, was getting videos on the server. Not just clips but huge files. The website designers did what they were supposed to. They designed a site that could take those videos and play them for the viewer. It was bare bones but could do the job. It also was very expandable and it was designed to be able to add features viewers would want.

The host company also did their job by providing the space where we could store those videos and stream them to the viewers, at a budget I could work with. Even though I knew we would have to expand in the near future, it would be fine to start with. It has the space to store hundreds of videos.

The problem came in where the conduit between the two things, the website and the server, came into play. We wanted to be able to get the videos onto the server, not using the backdoor of the site, but using the front. It was also important for it to be easy for show creators to be able to upload their own videos.

I never realized that would be a terrible decision. Neither the host company nor the designers knew that’s what I had in mind.

To begin with the plan was for me to take the videos and populate the server myself. Work out the procedure then turn it over to the show creators. They had enough to worry about with their individual content.

It was soon obvious it wasn’t going to work. We changed the way the site and the server interacted. We increased the file size limits to five times what was recommended. It was only making things worse and crashing everything.

The server was using its processing power to try to mess with the videos I kept trying to cram into it. Viewers were experiencing buffering issues. It’s not how it was supposed to work.

This had nothing to do with the shows themselves. They were doing their part. I was just in over my head.

These are facts not intended to be cop-outs. Is there anyone else that would be this upfront with their readers?

Doing it the way I had setup was not going to work. What was important? Viewers would be able to watch new shows they found entertaining. Content that made them want to come back for more. That the advertisers saw that there was interest in a pipe and cigar network. The potential for growth made them want to be a part of it.

Being dead in the water, unable to upload more videos as I crashed the system over and over and viewers experiencing slow streaming was doing just the opposite. I had to do something before it was too late.

The decision to use YouTube to store the videos was made just to give us some breathing room. I know, I know, it sort of goes against what we are trying to do. Using YouTube to help a network that is moving away from them seems odd.

But here’s the thing. Why not use them? It’s not like we are trying to put them out of business. BRTV is not in competition with YouTube. We love the YTPC and all the shows. The only reason we are only doing this in the first place because we are afraid they may one day divorce themselves from tobacco content. That’s not our fault. Just trying to prepare ourselves.

We can use their technology to get us on our feet. It’s not a shady thing, just practical. Some people may think they are having a fast one pulled on them. I’m sure there are some who are cynical, but they are always like that. We want to do what’s best for our network and everyone who enjoys pipe and cigar content. What good would it do those people if we gave up, or put the project on the shelf? The best thing for them is that we move forward and do whatever it takes.

That’s exactly what we are going to do.

Push Through at the Beginning and Just Take Action!

From the point of view of the viewer, who cares where the content is being stored? What they want is a good show from creators they like. That hasn’t changed. It only proves that the core of people who joined us are top of the line. They are already making great shows at a high quality on their own. No input from us. If you like what you see it’s totally on them. Their shows are not effected by technical difficulties we are experiencing on the site end of things.

On the backend our goals are exactly the same. We already have people working on it. One of the things I kept saying was this is an experiment. That we needed to collect real world data. Well, that data is already coming in and it’s slapping us right in the face. We know what we have to do.

We Need A Little Breathing Room

By taking that huge burden off our shoulder as far as getting the content to you, we can focus on alternative ways around it. We also saw what will eventually be needed as far as processing power. It has actually made thing more clear and we know what we have to do to get there.

When we are in a position technically and financially, we will make the move again to be totally independent. This time instead of jumping in head first, we will do it in controlled steps. We thought we were doing that before but were mistaken.

For example, you will probably see us changing over not all at once. Some videos on our server, some from YouTube. Right now some videos like The Top 4 with 4-Eyed Piper’s first video is still being hosted from our server while The Artful Codger’s video was put on YouTubes server.

The most important thing is the viewer has a good experience. They shouldn’t even worry or care where the file is stored.

The goal to archive videos hasn’t changed. Even the videos that are now being stored on YouTube need to be preserved. We still need to get and keep copies so we have it.

The second thing is we need to solve the problem of getting videos from the creator to the viewer in a way that’s easy and quick for them. That, as it turns out, is a massive problem. It has to be done in a way that if the day comes and we have a lot of people uploading videos it needs to be friendly to them as well.

There is an answer to that out there we just need to find it. For some things we want to do, we just might have to wait a bit for technology to catch up.

We are not going to wait for everything to be perfect. That day will never come. We know that our site might become the butt of jokes or the “I knew it” crowd. So what. We are going to keep going. If it was easy everyone would be doing it.

We welcome everyones questions and comments. Already we have learned a lot from just that. People giving us first hand reports of their experiences. Giving us suggestions and even words of encouragement.

I’m sure there are also naysayers, and that’s fine. Not going to distract us. They can armchair quarterback all they want, it’s even a little funny, but we won’t be deterred. If we fail it will only be because we have tried every possible solution and found there isn’t one.

If we succeed we will gladly take everyone along with us. Including the critics. We don’t mind.

Keep the Big Picture in Mind, Remember Your Goals

That’s exactly what we plan to do.