Smoking cigars is often associated with wealth and sophistication, but you don’t necessarily have to be wealthy or sophisticated to smoke a cigar. Many cigars are reasonably affordable, especially if you only smoke occasionally.

Regardless, there are some benefits of smoking cigars, and smoking can be a very pleasurable experience. However, it’s well known that there are certain negatives associated with smoking cigars—or just about anything else for that matter.

As mentioned, there are some positive things associated with cigar smoking, and here’s a brief look at some of the main ones.

Perhaps the most obvious benefit of smoking cigars is its relaxing effect. Cigars contain tobacco, which contains nicotine, which is a type of stimulant that can also act as a depressant.

As smoke is inhaled, nicotine is absorbed into the bloodstream and causes a surge in adrenaline. This surge gives smokers an initial “kick,” but nicotine also indirectly causes the body to produce more dopamine. Dopamine is the pleasure hormone, making us feel good about ourselves, so the smoker feels more relaxed. 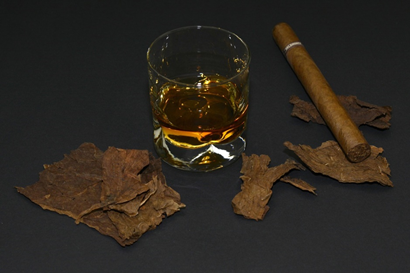 Image by anncapictures from Pixabay

Smoking can also offer a certain familiarity, and we tend to turn to familiar habits when we are stressed. Even the act of lifting the cigar to your mouth can help to make you feel calmer, albeit not as much as the nicotine itself will.

Not only is cigar smoking relaxing, but also the relaxation takes place immediately. As soon as the nicotine starts coursing through your blood, your body relaxes, providing instant relief. This can be ideal for people who sometimes become stressed at work or need an occasional respite from stress at home.

A bonus is that smoking a cigar usually means you have to go outside or at least to a smoking room. This is an opportunity for the smoker to remove themselves from a stressful situation and compose themselves. They can then prepare themselves for when or if they put themselves back into that situation.

Smoking cigars is a pastime that people can get together to enjoy. It’s an opportunity for similar-minded people to come together, relax, and talk about whatever is on their minds. Sharing pastimes can help create bonds between people, perhaps even sparking the beginning of a friendship. It could also be beneficial in business as smoking cigars with an associate is an opportunity to start talking about businesses; deals can even be struck and long-term business associations formed.

The nicotine in cigar smoke will help to suppress the appetite. The act of having a cigar in your mouth will also act as a substitute for food. These two factors combined mean you’re likely to eat less, and eating less means weight loss or at least avoiding putting on weight. 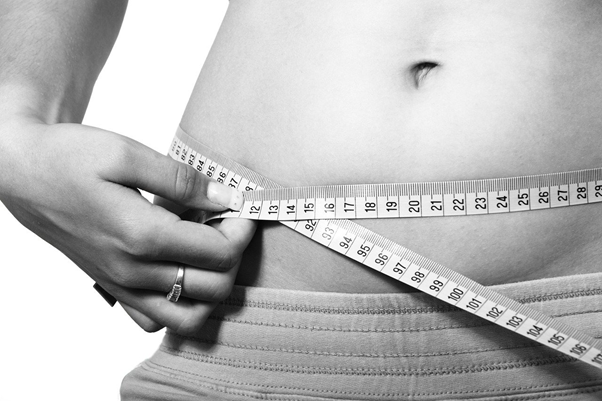 Image by PublicDomainPictures from Pixabay

It’s well known that weight gain is one of the effects of quitting smoking, and it’s this symptom that makes a lot of people reluctant to kick the habit. That cigar smoking helps you lose weight or keep it off is a reason why a lot of people start smoking in the first place.

Among the most common reasons that people smoke cigars is the flavor. Cigars are certainly more flavorful than cigarettes, and those that taste the best can sell for a lot of money. Modern cigars like the Acid Kuba Kuba take the flavor aspect further and add spices and other ingredients for more taste. The latest techniques can infuse a wide range of flavors into a cigar, helping to make for an experience that’s a joy for the taste buds.

Although smoking cigars does have some positives, there’s no doubting the negatives. Below are some of the most impactful negatives that smokers are most likely to experience.

Nicotine is a very addictive substance. Addictions can be so strong that many smokers find it extremely difficult to quit, regardless of how much they might want to. Unable to quit, smokers will often knowingly continue to do harm to their bodies, causing themselves severe health issues. Although quitting smoking is difficult, many people do manage it so there is hope for all those who are struggling.

As it’s a highly addictive drug, withdrawal from nicotine can cause unpleasant symptoms. A smoker can become very irritable if their nicotine intake suddenly stops. Other potential symptoms include:

Although sudden nicotine withdrawal, or going “cold turkey,” is not as dangerous as it can be with other drugs, it can still be a very unpleasant experience for the smoker. These symptoms can occur simply because the smoker is temporarily not permitted to smoke, such as on a long-distance flight.

Some cigars are very expensive, putting them out of the financial reach of most people. While relatively inexpensive cigars are available, smoking them regularly can put a real drain on your finances When coupled with nicotine’s addictive nature, some people will still buy cigars or cigarettes no matter how much they need the money for something else. If you were to add up how much you spend on cigars in a year you might be shocked to know how much it comes to. 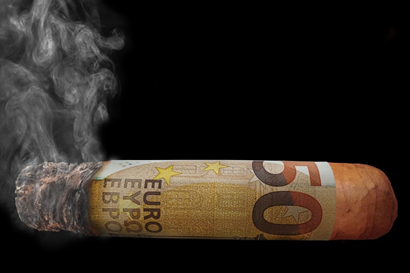 Image by Wolfgang Eckert from Pixabay

Although cigar smoking is sociable under the right circumstances, it can also be very unsociable. People tend not to appreciate having cigar smoke around them, especially not in places like restaurants where people are trying to eat. In many parts of the world, including the United States, smoking indoors is banned, meaning you’ll have to go outside if you wish to have a cigar. This is especially a problem if the weather outside is unpleasant.

Cigar smoke will also linger. It will linger on your clothes, and even if you can’t smell it, which is often the case with smokers, non-smokers certainly will be able to smell stale cigar smoke. Your home can also smell of stale cigar smoke if you smoke regularly, and your car can become quite an unpleasant environment for other people if you smoke while driving.

Smoking cigars can have a considerable negative impact on our well-being. A lack of appetite can mean we don’t get the nutrition we need to be healthy. Other impacts on our bodies can cause smokers to feel listless and uninterested in activities they would have otherwise considered fun. This can also have an impact on their relationships as the smoker may have a subdued disposition and be less fun to be around.

Perhaps the worst negative of smoking cigars is its impact on your health. It’s not just that smoking will affect a person’s overall well-being, but it will also cause potentially severe damage to the body, as smokers are often reminded by their primary care doctors. The lungs in particular can undergo severe damage from smoking that can lead to very dangerous consequences.

Cigar smoke is also carcinogenic, meaning it can cause cancer. Parts of the body that don’t come into direct contact with smoke can also be affected. Cigar smoke contains thousands of chemicals, many of which enter into the bloodstream when the smoke is inhaled, and these chemicals can go on to cause cancer in other parts of the body. These 16 types of cancer can be caused by smoking:

A lit cigar is a potential fire hazard. It can be easy to hold a lit cigar without realizing it’s too close to flammable material. You can ruin clothing or furniture, or even put people’s lives at risk.
Some people fall asleep while smoking a cigar, which can be especially dangerous if something catches fire and the smoker remains asleep. Not only can it be a very dangerous situation for the smoker, but also for other people in the building.

A lot of people are put off by potential partners that smoke. The smell can be unpleasant to be around, and the thought of kissing somebody whose mouth tastes like an ashtray is a turn-off for a lot of people. Smoking can also visibly hinder your attractiveness. It can cause teeth to become discolored and misshapen, fingers can turn brown, and smokers can become unhealthily thin. The result can be that smokers find it harder to find a partner.

The negatives of smoking cigars are very real. They can range from causing irritation to others to posing a direct health threat. Despite these, there are also positives, such as enjoyment and socializing. Occasional smokers are a lot less likely to develop problems than heavy smokers, so if you do wish to enjoy the occasional cigar, it’s best to do so in moderation. You should also bear in mind the effect that smoking cigars will have on the people around you.